A Coroner’s Court Inquest is a fact-finding enquiry to establish who has died, how, when and where the death occurred. Atkins Dellow have specialists that can help advise you on, or manage, this process.

NEXT: WHAT IS A CORONER'S COURT INQUEST

What is a Coroner’s Court Inquest?

When is an Inquest held?

Reasons an Inquest is held

Call 0330 912 8338 to have a chat with Stella Robbins, one of our senior solicitors. She’ll be happy to talk through the process, answer your questions and explain how we can help.
There’s no obligation.

Or email us with your query and we’ll help in any way we can.

What is a Coroner’s Inquest?

Very different to criminal or civil court proceedings, an inquest in the Coroner’s Court is a fact-finding enquiry limited to establishing who has died, how, when and where the death occurred. The Coroner is an independent judicial officer and they conduct the inquiry.

NEXT: When is an inquest held

When is an Inquest held?

Coroner’s have a duty to examine all deaths to determine the cause of death. Usually the deceased’s GP or a hospital doctor can issue a death certificate, but in some situations an inquest is necessary for a formal verdict before a full death certificate can be issue.

If you have lost a loved one in unexpected or unusual circumstances the Coroner will call an Inquest to establish the causes or circumstances that led to their death. This can make a deeply upsetting time even more distressing for you and your family. We can help to guide you through this challenging process and will help you to find answers about how your loved one died.

NEXT: Reasons for an Inquest

Reasons an Inquest is held

The Coroner will hold an Inquest if:

• The cause of death is unknown;
• The death was sudden, unnatural, violent, or suspicious;
• The death was due to medical negligence, occurred at work or caused by an industrial disease;
• The death occurred in prison or police custody;
• It is suspected that a person took their own life.

An Inquest is held to establish who has died, when and where they died and how they died. The Coroner will not investigate who is to blame for the death but they can make conclusions about what caused or contributed to the death.

Legal Representation at the Coroner’s Court

At an Inquest ‘Interested Parties’, such as close family members, can ask questions of witnesses. This may be daunting for grieving families and having expert legal representation may help ensure that that all the relevant information is brought to the Coroner’s attention and the proper questions asked. This can be particularly important where a public body such as the NHS, police or prison service are involved as they will all be represented by their own legal team.

As an ‘interested party’ of the deceased you don’t necessarily need legal representation but you may wish to consider it if:

• You think an independent post-mortem is needed;
• It’s a complex situation;
• There are several witnesses to give evidence;
• Expert witnesses may be called;
• A crime may have been committed;
• A claim for compensation might be made. 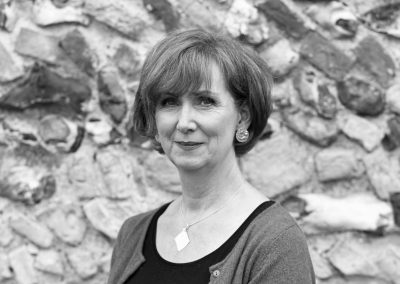